“I’m determined to make sure that people who, historically, have not been seen or who have felt undervalued know that they matter, that they are extremely important,” said Manning, a professor of medicine and the associate vice chair of diversity, equity and inclusion in the department of medicine at Emory University in Atlanta.

“The biggest problem with citing the untreated syphilis study as the reason why people say ‘no’ is that it creates one reason why a large group of very different people, and individual people, feel the way they do,” Manning said. “Black people are not a monolith.”

Manning earned her bachelor’s degree at what is now Tuskegee University.

In 1932, the United States Public Health Service began working with what was then the Tuskegee Institute to record the natural progression of syphilis among Black men to attempt to justify treatment programs for them. 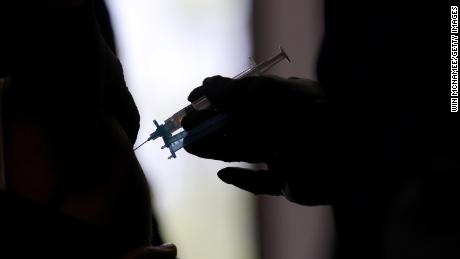 Blaming the syphilis study for vaccine hesitancy or low medical participation among Black communities persists, despite recent studies that have proven Black people, as patients, face higher rates of experiences including untreated pain, or complications or death after surgery, than White people.

For communities of color, there are other factors to consider, Manning said, including access to vaccination clinics, needle phobias and literacy. To facilitate an open, empathic dialogue about these factors, Manning shares her conversations about the vaccine on social media.

In a recent JAMA Health Forum article on vaccine hesitancy as a scapegoat for structural racism, Manning said, Dr. Giselle Corbie-Smith wrote that instead of relying on high-technology approaches, “we need high-touch (ie, person-to-person) practices, particularly in Black and Brown communities, to bridge the digital divide.” Corbie-Smith is a Kenan distinguished professor of social medicine at the University of North Carolina at Chapel Hill.
“For me, social media is one of the ways to be high-touch … as we create spaces for us to message to people in the ways that feel comfortable to us,” Manning said. “My big push on social media, at least in the threads on Twitter, has been to individualize people and get off of this idea that one narrative fits all when it comes to Black and brown people.”

CNN: What are the issues with attributing coronavirus vaccine hesitancy or low vaccination rates among Black people to the syphilis study?

Manning: Even that term “hesitant” is fraught with peril. The language we use around people’s process of deliberation is a racial issue. Because if a non-minority group was in the process of deliberating, it would likely be described differently. Every person’s deliberation process begins with deciding how big the decision is and what the personal impact would be.

Beyond the issues of vaccine access for Black people, there are unique factors that Black people have to examine in their deliberation process that others may not have to consider. If you are not a person from a group with a long history of being marginalized, mistreated, experimented upon, overpoliced and living with health disparities … If you do not turn on the TV and see people who look like your dad with a knee on their neck and a gun in their back — then you may have the luxury to never even have to have it cross your mind that this vaccine might not be in your best interest. Not everyone is so lucky. 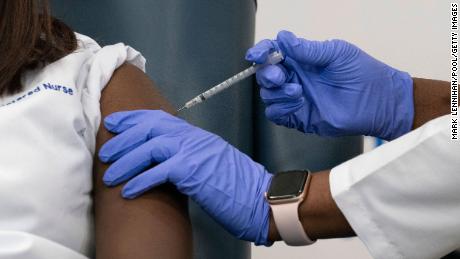 I’ve been walking around the Atlanta community asking primarily Black people what they think about getting the vaccine. One guy had not yet decided to be vaccinated, and he was pretty sure he wouldn’t be.

He told me to give an example of something good that has been offered to poor people first. I couldn’t think of anything. Those things play into how some people feel.

CNN: What are other reasons for Covid-19 vaccine hesitancy, deliberation or refusal among Black communities?

Manning: It could be that you heard that the second dose could make you sick, but you can’t call off work. Maybe you pass out when a needle comes your way. Maybe you don’t think that you’re vulnerable. Maybe you don’t know anybody who got the vaccine yet, and you just need more time to see.

Difficulty surrounding vaccine access is also a barrier that can be misunderstood as refusal. We need to consider differences between people and their resources, such as whether or not people have internet, can see well, are tech savvy, have transportation or are health-literate, if literate at all. For people who come from historically marginalized groups, these are barriers.

CNN: One issue with the syphilis study was the lack of informed consent. Among Black people, are you aware of any concerns about informed consent related to the coronavirus vaccines?

Manning: I’m an enrollee in the Moderna coronavirus vaccine trial. So, when someone says to me that there weren’t any Black people in the trials, I can say, “No, you’re looking at one, and I can tell you what it was like.” That said, don’t think that people having concerns about how quickly the vaccine was developed and that maybe something could happen later is unreasonable. But, in my experience, I find that many people are open to listening to facts. 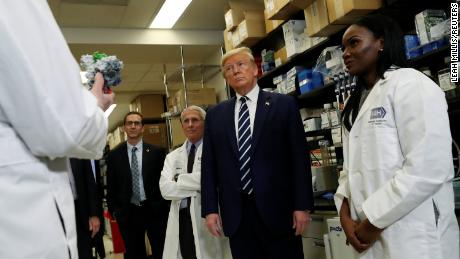 Regarding the syphilis study, the biggest thing I point out is that participants were not offered treatment. In the Moderna trial, when the vaccine was successful and was going to receive an emergency use authorization, those of us who had received the placebo were offered the vaccine — which differs from what happened in the untreated syphilis study. So, times are different. Also, more Black people are in positions of leadership and are scientists at the table.

CNN: Why do medical professionals still fault the syphilis study for vaccine hesitancy or low rates of Covid-19 vaccination among Black people?

Manning: Probably because the study was fairly recent and was so highly publicized. But if we are honest, examples of medical mistreatment of Black people started long before either of us was born and continued to happen after the untreated syphilis study. From the beginning of our country, a system based on one race as supreme was built. The way our system was built — combined with the bias that came as a result — has repeatedly demonstrated that there often hasn’t been the same level of thought given to Black people as it would be to White people. It is unfortunate but true.

CNN: What should medical professionals do to mitigate vaccine barriers and hesitancy among Black people?

Manning: Treat every patient as an individual. Ask them why they feel the way they do and listen. Build trusting relationships through cultural humility. Continuing to diversify our physician workforce is so important, so that we can get voices like mine at tables to say what I’m saying. If your experience is that your life isn’t as valued as that of someone who doesn’t look like you, but somebody asks you to do something, you have reason to think that maybe the value of your life wasn’t taken into consideration when this was developed. 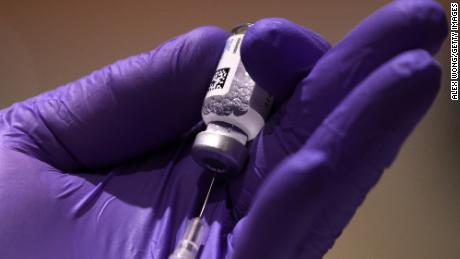 If people feel better calling all of that “mistrust,” fine. But really, it’s too complicated to label as just vaccine hesitancy or mistrust. Vaccine deliberation is what we need to talk about: What factors do we need to consider for your deliberation process? Who are you and what do I, as your doctor, need to talk to you about to help you feel more comfortable? As doctors, we teach students that you should ask patients open-ended questions that let them tell you how they feel. This is a good time to be reminded of that tool.

CNN: You’re aware of the disparities Black people face as patients and in society, but you’re also a doctor. Do you have anything to say to Black people who are reluctant to get a coronavirus vaccine?

Manning: Your individual feelings matter. If you don’t feel confident enough to be vaccinated, keep the dialogue open, keep an open mind and continue to ask questions that may help you become more confident.

I also say that I care about you and I love you. Because of that, I recommend that you be vaccinated, but I respect you enough to hear you out and continue an open dialogue as you try to make the decision that’s best for you. And if you change your mind and decide now you do wish to be vaccinated, I will welcome you with open arms.

You won’t hear anything from me about what you said before. I’ll just ask you, “Do you want me to go in your right arm or your left arm?” Then I can answer any questions you have. But it’s about respect and complex individuals who have a right to deliberate.

Derek Chauvin is on trial…